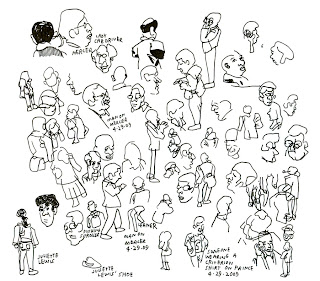 Juliette Lewis! Someone wearing a Criterion T-Shirt! and 53(?) other people walking up and down Mercer Street!
April 29, 2009 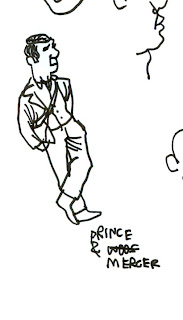 Man Leaning on corner of Prince and Mercer Streets
April 29, 2009 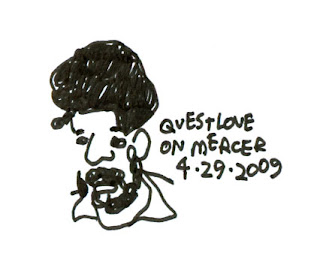 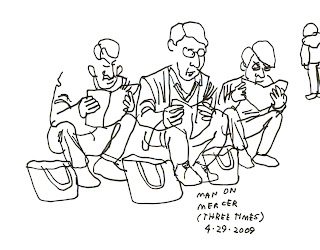 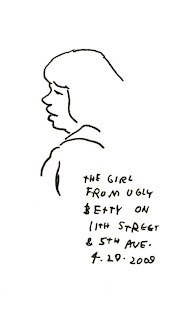 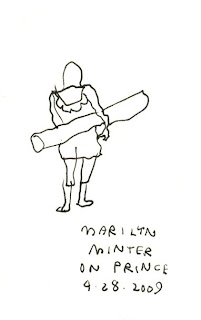 Marilyn Minter carrying a big roll of something on Prince Street
April 28, 2009
Posted by Every Person In New York at 8:58 PM No comments: 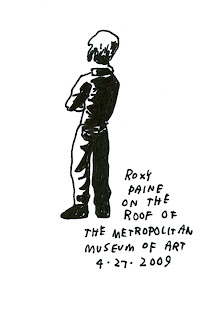 Roxy Paine on the Roof of The Metropolitan Museum of Art
April 27, 2009 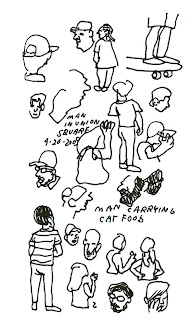 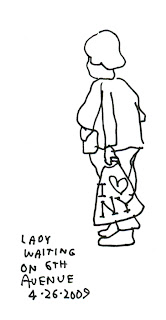 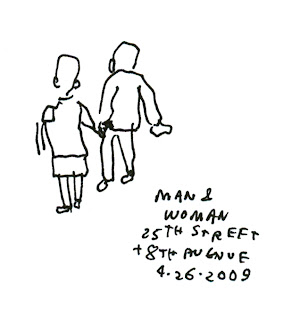 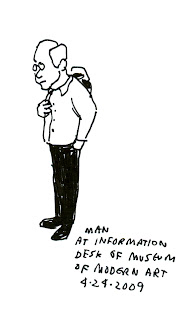 Man at The Museum of Modern Art Information Desk
April 24, 2009 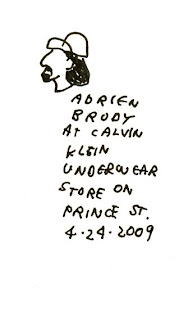 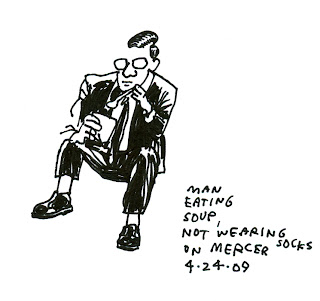 Man Eating Soup and Not Wearing Socks on Mercer
April 24, 3009
Posted by Every Person In New York at 2:14 AM No comments: 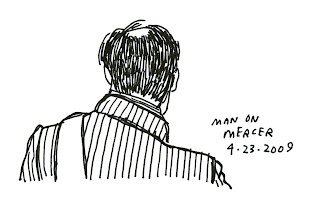 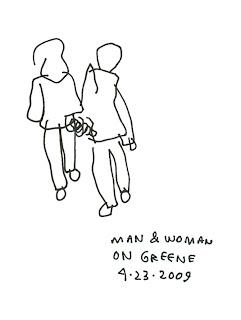 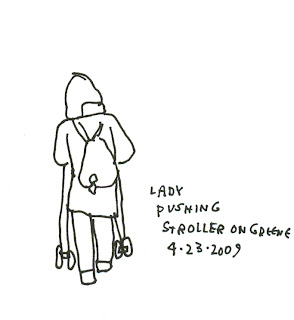 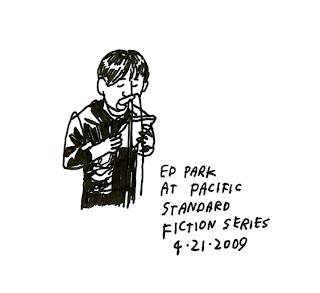 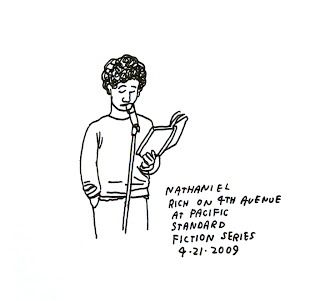 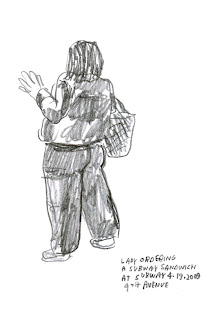 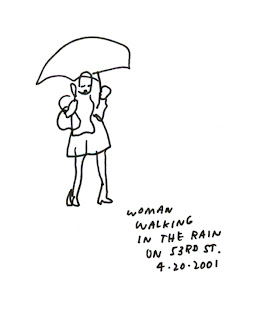 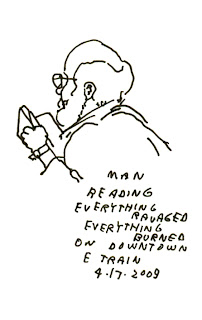 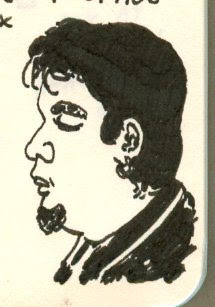 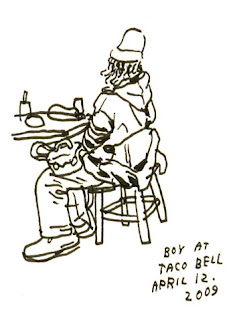 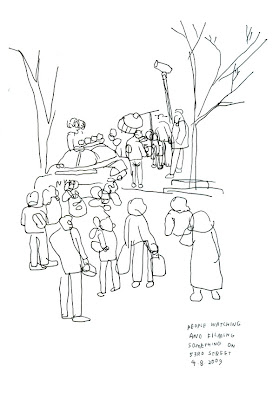 People Watching and Filming Something on 53rd Street
April 8, 2009 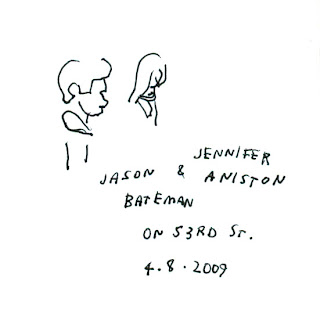 Jason Bateman and Jennifer Aniston (walking fast! while being filmed) on 53rd Street
April 8, 2009
Posted by Every Person In New York at 10:30 PM 1 comment: 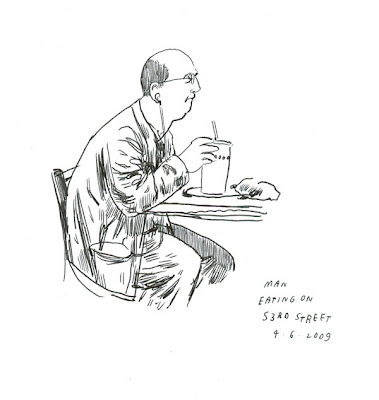 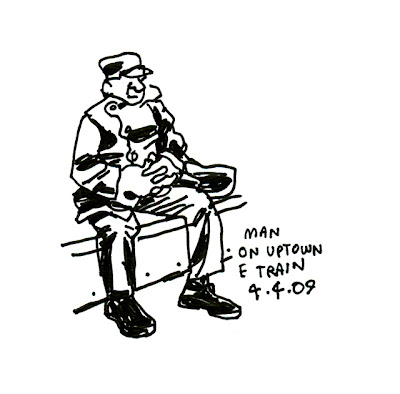 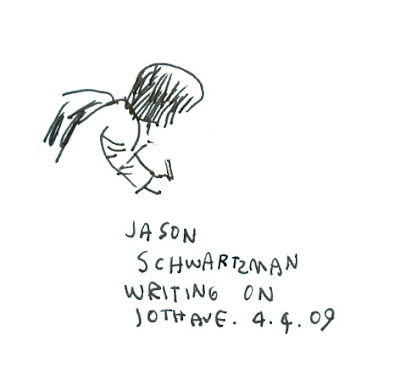 Jason Schwartzman Writing in a Gallery on 10th Avenue
April 4, 2009 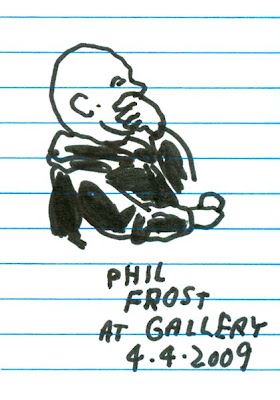 Phil Frost at Exhibition at Jonathan Levine Gallery
April 4, 2009
Posted by Every Person In New York at 10:21 PM No comments: